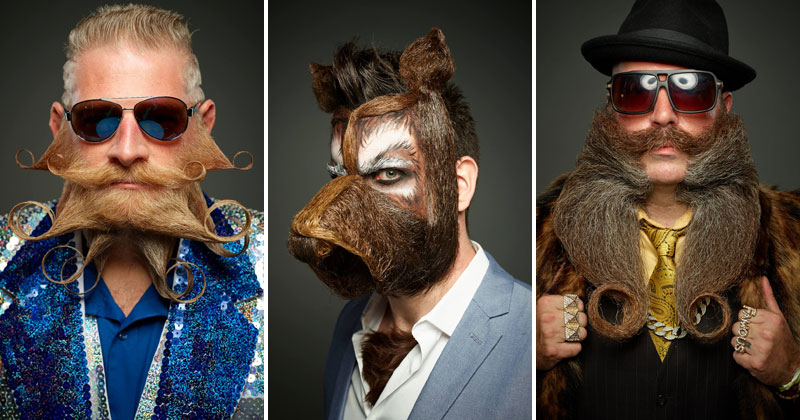 THE 2023 WORLD BEARD AND MOUSTACHE CHAMPIONSHIPS WILL TAKE PLACE IN AUCKLAND. SUBMIT YOUR ENTRY AT THE WMBA E-MAIL AND GET GROOMING. THE END OF ENTRY IS JULY 2022.

The beginnings of the WBMC are shrouding in controversy, not so much as who was the first to twizzle the ends of their tash, but actually, host an event. The Italians claimed the first competition was held during the early 70s, though this, may have just been a standard ‘who can grow a beard and how good does it look’ type of thing. The more modern competition indeed began in 1990, an event organised and hosed in Germany, courtesy of the Höfener Beard Club or the Höfener Bartclub!

The touchpaper was lit and forth came a European dominance of the competition, which is now reduced to an abbreviation of WBMC, having spread overseas. In 2007, the World Beard & Moustache Championships 2007 was voted best event by the UK Guardian newspaper.

Since 1990, these have been the officially sanctioned WBMC hosts:

There are a total of 16 categories that are up for superior judgement within the WBMC. These categories are placed into three groups: the Moustaches, Half Beards, and the Full Beards.

Here are the basic styles for each category, describing the requirements to enter. 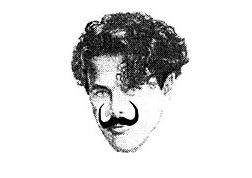 The moustache must be left natural. The more natural the moustache is the better. The ends must not have no closed curls. Hair growth must not exceed 1.5 cm from the corner of the mouth where it must then be shaved. The moustache can be fully maintained; however, no styling aids are allowed.

A more slender moustache that has the tips curled upward. Hairs cannot grow beyond the corner of the mouth where the skin must be shaved. The tips of the moustache cannot extend beyond the eyebrow. Styling aids for this look are permitted. 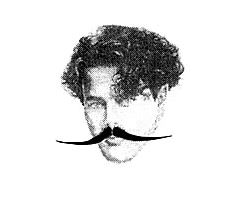 A slender moustache where the hairs extend horizontally from the middle of the upper lip. The ends of the moustache can be raised slightly. No hairs can extend from the corner of the mouth and, therefore, must be shaved. Styling aids for this are permitted. 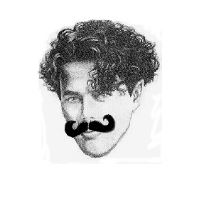 Worn Big and bushy. The moustache hair will extend outward from the middle of the upper lip. Any hair that is growing more than 1.5 cm beyond the corner of the mouth has to be shaved. You can use styling aids to maintain this look. 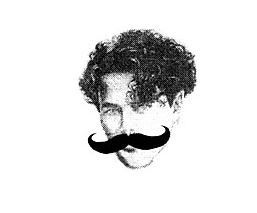 Keep it small and bushy with upward curled tips. Any growth from the corners of the mouth must be clean shaved. Styling aids are permitted with this look. 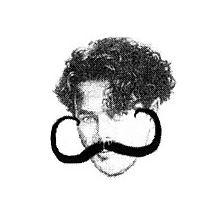 Go freestyle with the design of the moustache. However, moustaches in the freestyle category must not meet the criteria of any of the other categories. Hair that is growing more than 1.5 cm beyond the corner of the mouth will have to be shaved. You can use styling aids when freestyling. 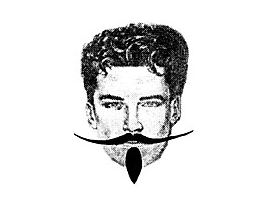 On Guard, the musketeer beard is designed to be narrow and pointed. This classic moustache is slender in size and long in length, plus it comes with a distinct drawn-out bow in form. Hairs cannot extend more than 1.5cm from the corner points of the mouth. Styling aids for this classic are permitted. 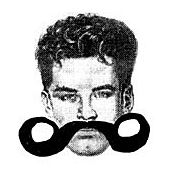 This style carries hair on the upper lip and the cheeks. The face must be clean-shaven at least 4 cm wide on the chin, plus, between the facial hair and the onset of the head hair. The moustache whiskers are to be styled upwards. Curls cannot be closed. The upper hairs on the lip cannot be separated from those on the cheeks. Hairs must not exceed eye level and styling aids are allowed. 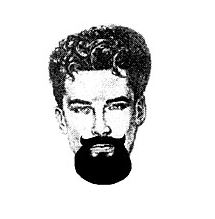 The goatee must appear as it is grown naturally. The more natural the goatee is, the better! Goatees and moustaches must be maintained without styling aids. There is no curling of the moustache. An area of 4 cm wide between temple and goatee must be clean-shaven. No styling aids are allowed with the natural goatee. 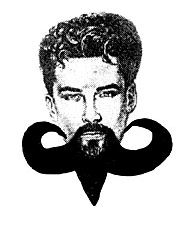 You have freedom of style and design with the goatee. Goatees must not meet the criteria for the other categories. An area 4 cm wide from the temple to the goatee must be shaven. Styling aids are also permitted. 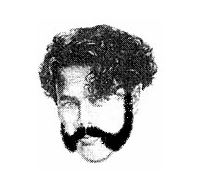 100% freestyle of partial beards that are not classed as goatees must not match other category criteria. The face must be clean-shaven between the goatee and temple. The chin must also be cleanly shaven

Sideburns were added as a category in 2003 in honour of Elvis Presley. The category also appears listed as “Whiskers ‘Freestyle’ & ‘Sideburns’,”. This is excluded from German competitions as sideburns are not a term used in the German language. 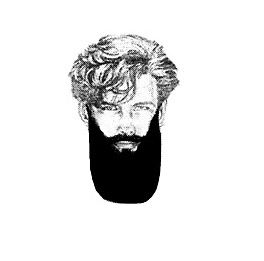 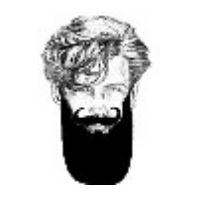 The moustache of this look is to be distinct from the beard. It cannot include hair that is growing from the corner of the mouth past 1.5cm. The moustache is allowed to be styled when competitors are taking part in the Dali, Hungarian, English, and Imperial moustache categories. The bears must be left natural and styling aids are permitted on the moustache only. 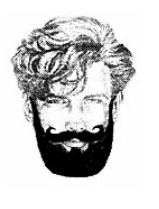 This full beard is rounded at the bottom, short, and cannot be more than 10 cm in length when it is measured from the lower lip to the bottom of the beard. The moustache can be distinct from the beard but the moustache cannot include hair that grows 1.5cm from the corner of the mouth. Styling aids with the Verdi are permitted. 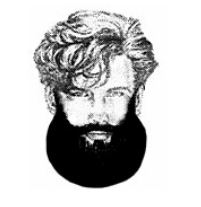 This style is rounded and wide, with the length restricted to no more than 20 cm when measured from lip to the end of the beard. The beard must be presented as it is grown naturally. The more natural your beard is, the better. The moustache must match the beard and cannot be styled, this means no curling of the moustache, therefore, no styling aids are permitted. 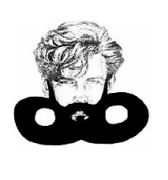 You have 100% freedom over the styling and design of the beard. All freestyle beards must not cross over into other full bear categories. To help the freestyle full beard can use styling aids. 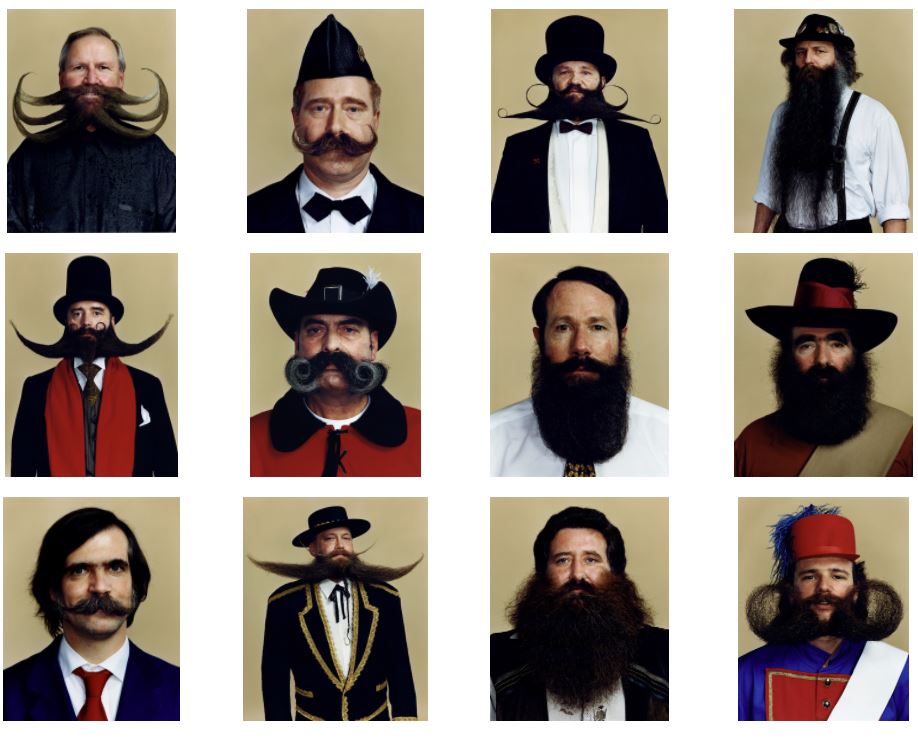 These are some of the levels expected by participated hair carriers. If you think you can tweak, crimp, and mould your facial hair to this level, then we will be seeing you at our next World Beard and Moustache Championships.

Head to Auckland, and place full of surprises for first-time visitors. You’ll fall in love with the attraction around the Auckland area, known as the ‘land of the big white cloud’. Auckland is a vibrant city and host to immaculate beaches. The World Beard & Moustache Championship coincides with the tail-end of the tourism season, which makes it a perfect time to visit. You can enjoy our parks, galleries, and shopping complexes. If you are a fan of hiking when you’re not maintaining your facial hair, then we have the perfect outdoor setting for you to explore with hidden cascades and bush walks.

The 2023 Auckland World Beard & Moustache Championship is sponsored by casino affiliates OnlineCasinoNewZealand and the Auckland Tourism Board.

Find out more details by connecting with us on Facebook and our official site and don’t forget to register to take part in all future competitions.